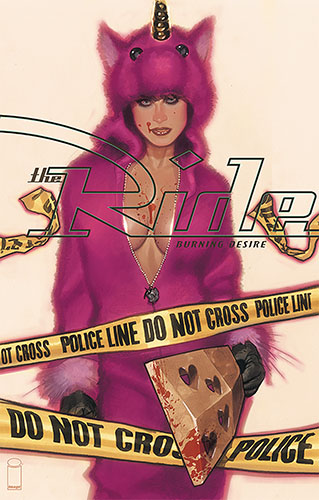 THE RIDE celebrates its 15th anniversary with a five-part story from the award-winning team of PLASTIC, plus a special backup feature from ADAM HUGHES! After serving a hard 15 years in prison on a murder plea, former Atlanta P.D. detective Samantha Vega now makes her living as a bouncer at an exotic dance club. But life on the outside isn't easy, especially when enemies have scores to settle... [Quelle] 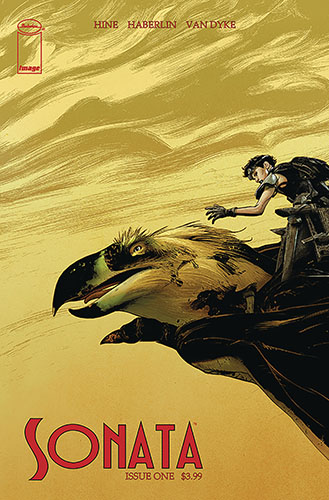 "THE FALL"-In this all-new series from DAVID HINE (THE BULLETPROOF COFFIN), BRIAN HABERLIN (WITCHBLADE), and GEIRROD VAN DYKE (SPAWN, MEDIEVAL SPAWN/WITCHBLADE), two cultures clash on a planet they each believe is their Promised Land. The Rans are a peace-loving people, but the Tayans are a race of warriors who seek to colonize and control. The mysterious Sleeping Giants also call this place home, though no one knows if they're monsters or the gods of legend. And amidst all this, a young woman named Sonata is willing to break all the rules to find her place in this world-and she's not about to let sleeping gods lie. [Quelle] 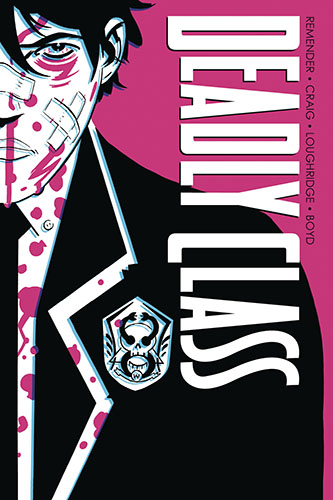 Collecting the first three arcs of RICK REMENDER and WES CRAIG's dark, violent and twistedly humorous story of a group of damaged teens enrolled in a secret high school, training to become the world's greatest assassins. Bursting at the seams with sketches, concept art and other extras, this oversized 8x12" hardcover is the ultimate way to experience the 1980s underground. Collecting DEADLY CLASS #1-16. [Quelle] 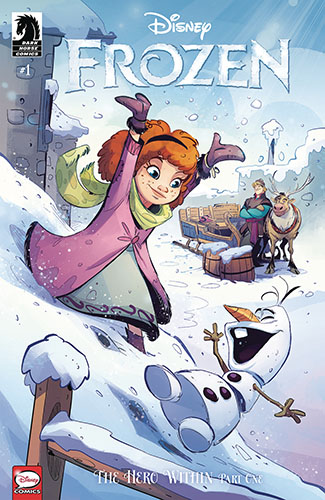 Olaf's friend from the orphanage, Hedda, receives a personal invitation to Arendelle Castle. Although she has an amazing imagination, this is something she never dreamed would happen, especially with the way some of the other kids treat her.  But as Kristoff knows and tells, life at an orphanage can be unpredictable and full of surprises . . . [Quelle] 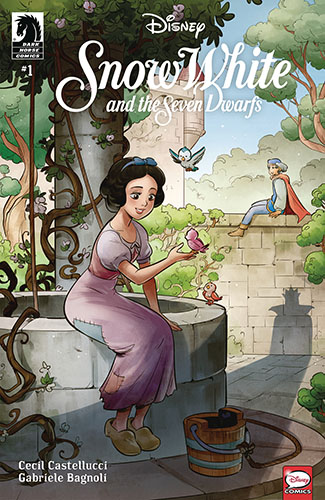 Relive the classic Disney fairy tale through the first-person perspective of Snow White herself in this comic retelling. Snow is more than a damsel in distress; she possesses a heart and soul that yearn for knowledge, love, and acceptance. But confined to the castle with her stepmother the queen, is life beyond only a dream?
o The classic tale of Snow White told through the perspective of Snow herself!  [Quelle] 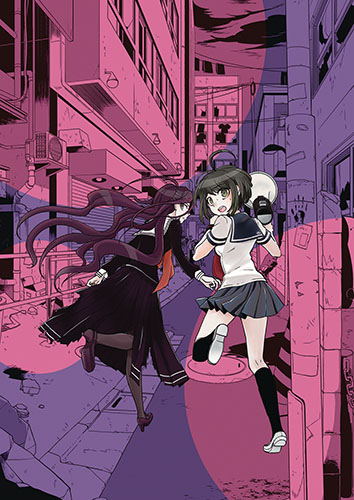 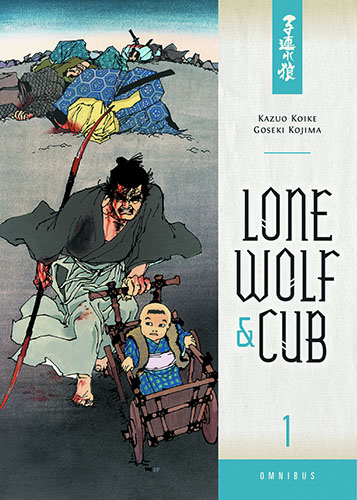 A samurai epic of staggering proportions, the acclaimed Lone Wolf and Cub begins its second life at Dark Horse Manga with new, larger editions of over 700 pages, value priced. The brilliant storytelling of series creator Kazuo Koike and the groundbreaking cinematic visuals of Goseki Kojima create a graphic-fiction masterpiece of beauty, fury, and thematic power. Collects Lone Wolf and Cub volumes 1-2, and stories from volume 3. [Quelle] 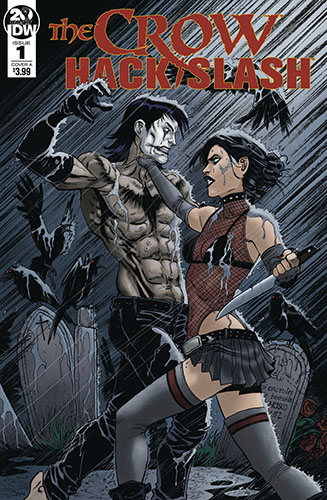 The crow flies.
A soul is brought back.
But something is wrong.
Angeles Cero won't stop killing on her quest for revenge, and the bodies are piling up.
Now, slasher hunter Cassie Hack and her monstrous partner Vlad are on the trail of the Crow Killer, assuming her to be one of the masked murderers they've hunted for years. But they aren't the only force trying to make the universe right again. [Quelle] 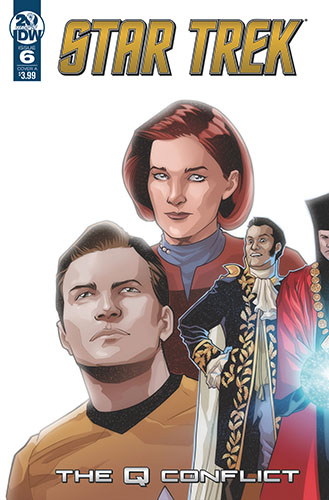 This is it-the grand conclusion of the biggest Star Trek crossover ever. As the god-like beings prepare for the final round of their games, the captains have their own surprise in store for their powerful tormentors-and they're taking it all the way into the Q-Dimension! [Quelle] 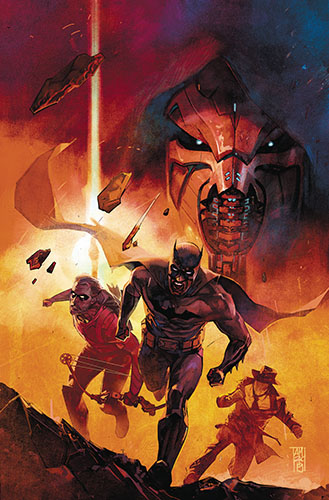 The groundbreaking and always-inventive team of writer Brian Michael Bendis and artist Alex Maleev (Jinxworld's SCARLET, Marvel's Daredevil) reunite on a mystery thriller that stretches across the DC Universe and touches every character from Batman to Superman to the Question to Talia al Ghul. With startling ease, a newly dangerous and aggressive Leviathan wipes out all its competition and now turns its sights to molding the world into its vision of order. Can the new threat's growth be stopped...and who's guiding its new agents of chaos? [Quelle] 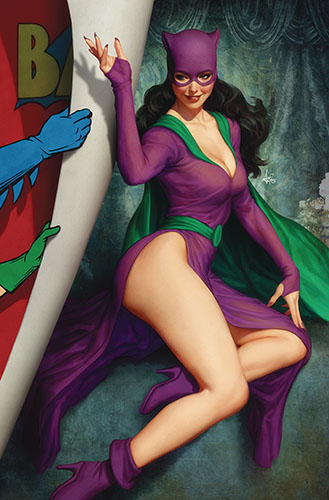 Chaos reigns in Villa Hermosa as all the bad guys in town rush to fill the void left by the Creel family's ouster. But as Raina Creel's dark plot to resurrect her son comes to a gruesome crescendo, Catwoman may finally be able to put her foe down once and for all. That is, if she can reconcile her own past and find her footing again. [Quelle] 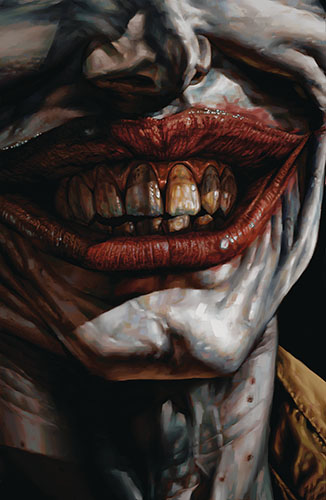 FIRST TIME IN PAPERBACK! From writer Brian Azzarello and artist Lee Bermejo, the team behind the best-selling BATMAN: DAMNED, JOKER tells the story of one very dark night in Gotham City-a harrowing night of revenge, murder and crime as only The Joker can deliver it, as he brutally takes back his stolen assets from the Penguin, the Riddler, Two-Face, Killer Croc and others.  [Quelle] 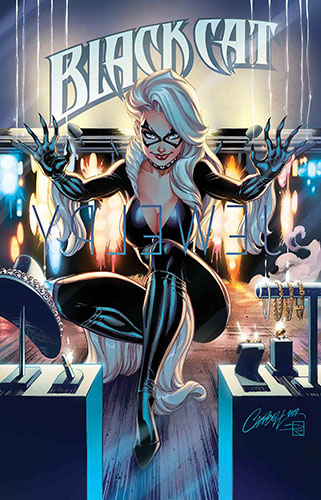 SPINNING OUT OF THE PAGES OF AMAZING SPIDER-MAN!
ALL-NEW ONGOING SERIES!
The Black Cat is back and starring in her first ever ongoing series! Felicia Hardy has a taste for the finer things in life and a certain set of skills that can get her into any mansion, vault or museum to...procure said finer things. But due to her actions in AMAZING SPIDER-MAN, Felicia's not only on the run from the police but also by the New York Theives Guild and their boss ODESSA DRAKE! High-octane heists, climactic chases and twist after twist that will keep you on the edge of your seat like a cat on a perch. IN THIS ISSUE: Find out a secret from Cat's past in a bonus story that sets a foundation for the future! All this and an all-new MARVEL MEOW short story by Nao Fuji! [Quelle] 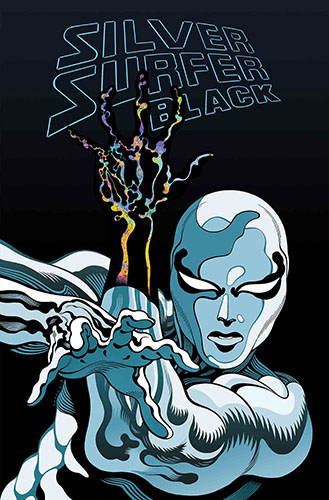 Spinning out of GUARDIANS OF THE GALAXY #1, almost the entire galaxy's defenders have been blown through a black hole, including the Silver Surfer! But the story doesn't end there... In order to fight back the oblivion, Surfer will have to fight to save his own soul and not lose himself to the void. Follow the Sentinel of the Spaceways on a journey that will change him forever!
From superstars Donny Cates (VENOM, GUARDIANS OF THE GALAXY) and Tradd Moore (ALL-NEW GHOST RIDER, VENOM)! [Quelle] 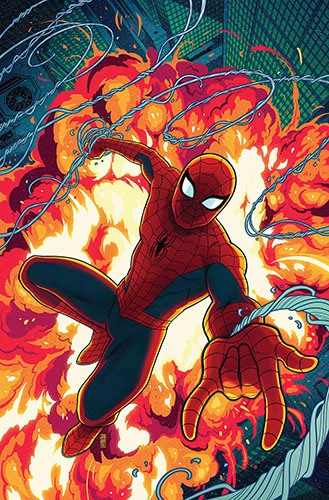 Spider-Man swings into onto the stage as we celebrate the 80th Anniversary of the House of Ideas with the era-spanning MARVEL TALES! This anthology series shines a spotlight on fan-favorite characters, features timeless stories, and highlights some of our most impressive talent from the past eight decades.  [Quelle] 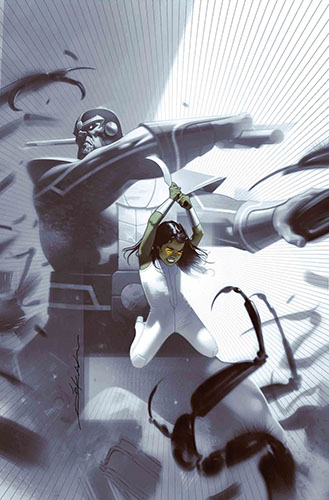 • Gamora's training starts now!
•  But will this new bond between them grow in the face of an oncoming war?
•  Meanwhile, Thanos' proto-Black Order plots a mutiny! [Quelle] 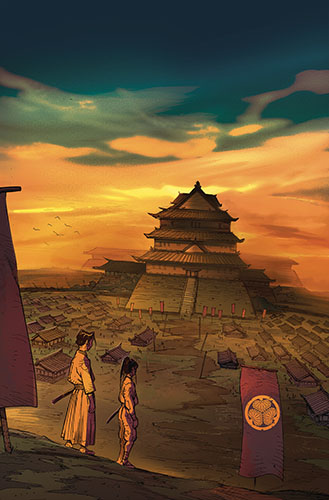 Hana and Kenichi come face-to-face with the Shogun himself, and discover a startling secret behind the disaster that destroyed their homelands more than twenty years ago. [Quelle]